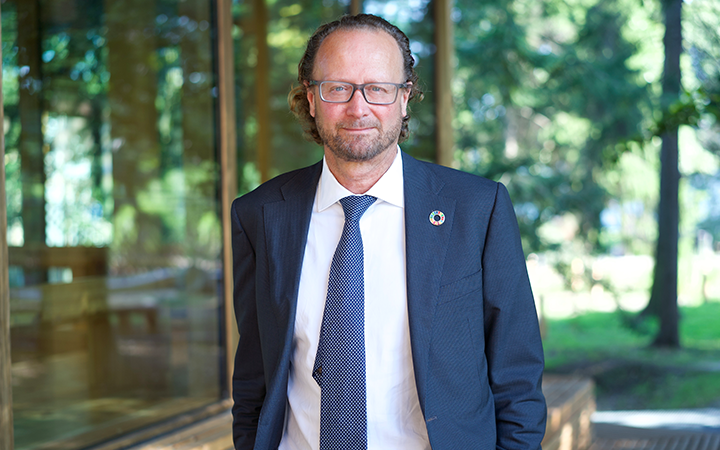 While real progress was made, it fell short of the obvious urgent needs and consensus expectations for an infection point in policy towards tangible commitments adding up to the 1.5°C goal of the Paris agreements.

Flawed as it may be, there is a deal - and it has real implications for business. Overall, our take on the agreement is that companies that are well positioned in their segments can benefit from: being transparent on the nature of their transition journey, progress, and milestones; and investing according to their targets. Here's what that looks like in some arenas:

Coal is on the way out. It is the first time the subject has been included in a final COP decision. The landmark in the agreement is an explicit commitment to "transition towards low-emission energy systems, including by rapidly scaling up the deployment of clean power generation and energy efficiency measures, including accelerating efforts towards the phasedown of unabated coal power and phase-out of inefficient fossil fuel subsidies". The agreement also calls for an end to “inefficient” fossil fuel subsidies, though without specifying a timeline for when this will happen, or a definition of what "inefficient" means. The clause also “recognises” the need for support for workers in those sectors to find other jobs.

Over 40 countries agreed to shift away from coal, the single biggest contributor to climate change and source of 37% of the world's electricity in 2019. Some of the world's most coal-dependent countries, including Australia, India, China, and the US, haven't signed up.

Methane emissions to be slashed

100 countries agree to a scheme to cut 30% of current methane emissions by 2030. Methane is one of the most potent greenhouse gases, and is currently responsible for a third of human-generated warming. The majority comes from a range of activities, such as cattle production and waste disposal. The big emitters China, Russia and India haven't joined - but it's hoped they will later.

The deal allows countries to partially meet their climate targets by buying offset credits representing emission cuts by others, potentially unlocks trillions of dollars for protecting forests, expanding renewable energy and other projects to combat climate change. This is one element of the “Paris rule book” that has finally been closed. The rules will create a market for units representing emissions reductions that countries can trade, under so-called Article 6. Avoidance of double-counting carbon credits and the cut-off for credits issued before 2013 is intended to ensure that the focus is on newer credits that lead to actual emission cuts.

Nature was high on the agenda and a broadly shared view that biodiversity is much of a challenge as climate- and that they are interlinked. Leaders from more than 100 world countries, representing about 85% of the world's forests, promised to stop deforestation by 2030. Similar previous initiatives haven't stopped deforestation, but this one's better funded. However, it's unclear how the pledge will be policed or monitored. the financial sector has stepped up to protect forests.  Thirty-three major financial institutions with US$8.7 trillion in assets under management this week committed to phase deforestation driven by agricultural commodities out of their commodity portfolios by 2025.

The agreement recognizes the need to "support to the poorest and most vulnerable in line with national circumstances and recognizing the need for support towards a just transition. Significant finance flows from developed to developing nations are included. The final agreement notes with “deep regret” that rich countries missed their 2020 target of providing $100bn a year to help developing countries, and commits them to raise at least that amount, annually, through to 2025.

Automotive emissions reductions in the spotlight

A group of countries and companies signed a pledge to switch to emissions-free cars by 2040 and by no later than 2035 in leading auto markets. Critics pointed out that large countries including the US, Germany, China, and Japan stayed out of the deal, along with some of the world's biggest car manufacturers. The International Energy Agency says that 60 per cent of new car sales need to be battery-electric by 2030 and internal combustion engine cars need to be phased out by 2035 to keep below 1.5°C. Many believe this pledge is not ambitious enough to achieve that.

Finance to play a greater role

The private sector is urged to play its part to mobilize finance needed to deliver climate adaptation plans. Over $130 trillion of private capital was committed to transforming the economy for net zero. More than 450 firms and 45 countries have committed to the financing. In particular, 450 financial organizations, who between them control $130tn, agreed to back "clean" technology, such as renewable energy, and direct finance away from fossil fuel-burning industries. The initiative is an attempt to involve private companies in meeting net zero targets, and to commit them to providing finance for green technology. There is no set definition yet as to what net zero targets are, but some leading institutions are setting short-term targets and showing real commitment.

Shipping emissions to be cut

Denmark initiated tougher climate targets in shipping, followed by countries like Norway and the USA. While the International Maritime Organization (IMO) has previously set shipping emission targets outside of the Paris Agreement, the inclusion of shipping in the Climate Pact is instrumental. As much as 90 percent of world trade is transported by sea, so global shipping accounts for nearly 3 percent of global CO2 emissions.

Glasgow has not closed the emissions gap in 2030, which is vital to keeping 1.5°C alive, but it has set up an urgent process to address this gap, inviting countries to submit more ambitious national climate targets by the end of 2022. Most governments have a net zero target, but if they have no plans as to how to get there.

Some light remains ahead in the tunnel, though. By the end of next year, countries are requested to improve their 2030 national climate targets, and in 2023 the parties will return for a global review of the goals‎. That means we can expect a further round of commitments on top of what was agreed now.